This website uses cookies to offer you a better browsing experience.
You can learn more by clicking here.

Are You Poisoning Your Own Well?

July 13, 2017 by Sandler Training in Self Development 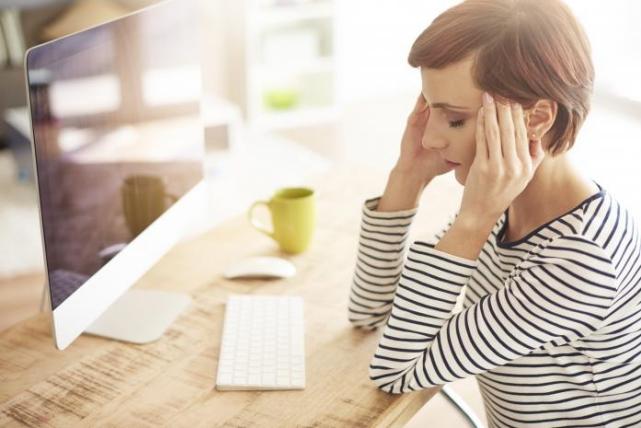 How many times have you faced a task and the first thought that came to mind was something like “I can’t…,” “That will never work…,” “What’s the point of…,” or “I’m afraid that…”?  More times than you’d care to admit, perhaps?

Each time you entertain a negative thought about your ability to achieve a goal, solve a problem, or deal with any situation, you’re poisoning your own well—filling your subconscious with negative unproductive thoughts that it eventually accepts as FACTS, despite the lack of any evidence as such.

And, those unquestioned “facts” ultimately shape your reality.  If you feed your subconscious enough “I can’t” messages, then “I can’t” becomes reality.  It does so, not because you necessarily lack the knowledge or skill (or the ability to obtain the knowledge or skill) to accomplish the task that you’re telling yourself you “can’t” do, but because your subconscious accepts your “I can’t…” as fact and makes sure that your attempts at doing it are, at best, half-hearted...and eventually, non-existent.  Ultimately, “I can’t” is transformed into “I won’t even try.”

How does this phenomenon play out in the sales arena?  Every time you tell yourself that “no one will take my calls,” “customers won’t pay higher prices,” “prospects will never change suppliers,” or any other limiting message, you are 100% correct.  Your subconscious will “talk” you out of making the prospecting calls, asking for higher prices, or calling on prospects that appear to have solid relationships with your competitors.

If you continue to act on the beliefs you’ve programmed your subconscious to accept as facts, then you’ll continue to obtain the results you’ve always obtained—nothing more, nothing less.   That which you believe is that which you achieve.  And while you may be comfortable acting in such a manner, and you may be content with the results you obtain, those “poison” beliefs are preventing you from maximizing your real potential.

Can you counteract the poison?  One “antidote” is to simply take action and “push through” your doubts and negative thoughts.  Susan Jeffers’ book title, Feel The Fear And Do It Anyway® echoes the strategy.  David Sandler suggested that when you do the thing you most fear, it becomes your greatest asset.  Ralph Waldo Emerson wrote, “He who is not everyday conquering some fear has not learned the secret of life.”

Can it really be that simple—ignore your fears and, as the Nike slogan suggests, “Just do it”?

For some people, it is that simple.  Their what-have-I-got-to-lose thinking (and I suspect, a high level of self-esteem) allows them to put their fears and doubts aside and “give it a try.”

For the majority of people, however, it’s not that easy.  Attempting to “push through” the doubts and negative thoughts only makes them more menacing.  If you’re one of those people, your first step should be to acknowledge your fears and doubts and recognize them for what they are—fears about things that have not occurred…and doubts for which there are few, if any, substantiating facts.

Next, allow some time for it to sink in.  (Not too much time.  Procrastination is a poison, not an antidote.)  Question your fears and doubts.  Think about the possible, desirable, and beneficial outcomes those unfounded fears and doubts have prevented you from achieving—outcomes others have achieved and are currently achieving.  Think about the strategies you can use—strategies others have used and are currently using—to do that which you are avoiding.

The more evidence you find to support the possibility of accomplishing the activities you fear and believe to be impossible, the less intimidating they become…and the more likely you are to face your fears, set aside your doubts, and “just do it.”

Finally, you can begin to reprogram your subconscious.  Reframe your self-talk using positive language to describe possibilities to replace the limitations you’ve invented.

Record your thoughts in a daily journal.  Those thoughts are the seeds from which new beliefs will grow—beliefs which will precipitate new actions.

When you choose to set aside your doubts, confront your fears, and tackle the “impossible” tasks, what you’ll inevitably discover is that what you feared wasn’t so scary after all.  And those impossible tasks…they weren’t so impossible.

Sandler Training is a global training organization with over three decades of experience and proven results. Sandler provides sales and management training and consulting services for small- to medium-sized businesses as well as corporate training for Fortune 1000 companies. Our proven methodologies and specialized tools equip our trainees with the skills necessary to improve both their business and bottom line.
Share this article:

Maintaining Sales Motivation: Why Do You Work?

What motivates you to be the best salesperson?

The Power of Mindset